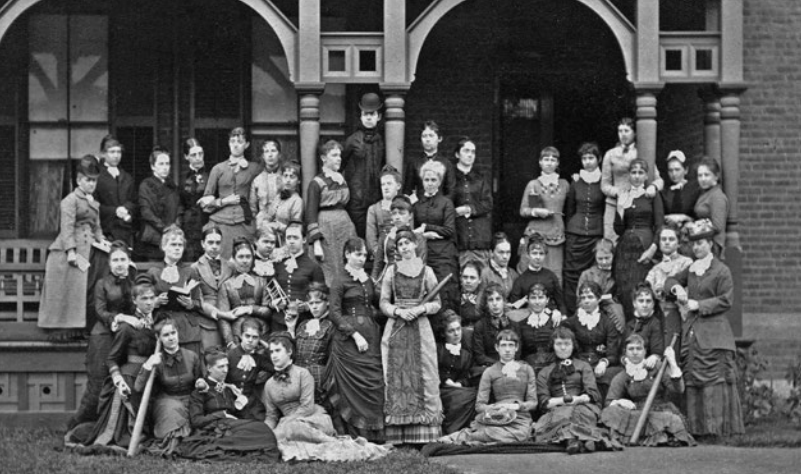 Former Smith professor Susan Van Dyne has researched romantic friendships between members of Smith class of 1883.  Van Dyne traces the “intimate friendship” between Mary Mather and Frona Brooks, which blossomed beyond the usual group sociability of visits to each other’s rooms and walks beyond campus into time spent alone and items exchanged. Mather and Brooks had a nickname for each other and themselves as a couple, A2G, and even celebrated an anniversary together. On that occasion, Mather wrote in her diary:

A year ago tonight—we talked of Logic and the appellation ‘A2G’— and now— tonight—A2G says —‘If you had not wanted me then, I should have missed much happiness and have been spared a great deal of pain.’ (4)